Weight has always been an issue with me pretty much since grade school and while I have always been somewhat overweight I was able to manage it throughout most of my school years. At the end of high school I lost a considerable amount of weight of weight and those who have known me, especially my wife, were convinced that I had lost way too much and they were right. At that time I didn’t know how to stop and with the considerable amount of exercise I was doing never got enough calories to maintain it. 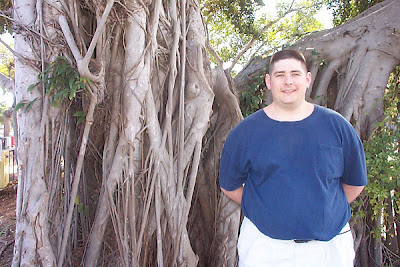 By the time I turned twenty one I had started to put it all back on between beer, dorm food, and my school/work schedule and before long I was packing on extra. By the time I was married in 1999 I was tittering around 265 and feeling it pretty good. I was able to get focused for a time and eventually got down to around the 245 range where I hung out for quite a while.
My son was born in September of 2004 and I really wanted to lose my weight so I could be able to play with him and stay in generally good health. My cholesterol was high so I was trying to watch that as well, and started to eat better and was able to drop a few pounds then put it right back on. Finally this past April the boy was running circles around me and I was going to be put on Lipator and knew I finally had to do something. Those family pictures of myself also were starting to get tiring as I was always forcing the camera operator to get the right angle. 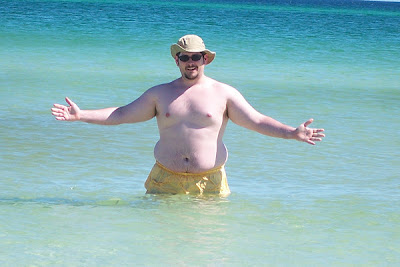 After our vacation in May 2007 I finally took my wife’s advice she had been telling me for years to join WeightWatchers and I finally did. It has been hard to change my lifestyle but the meetings and weekly weight-ins really helped me to stay focused and the weight finally started to come off. On December 3, 2007 I reached my goal weight of 190 pounds and I can’t describe how much better I feel or the energy I have gained. 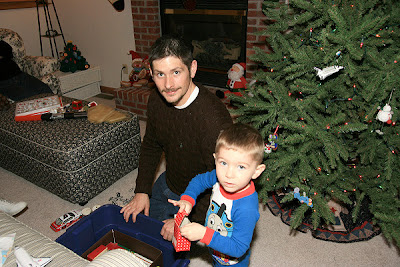 I have now started my six weeks in the maintenance program and know that the hard part of keeping it off begins. I at lest now have the tools to make it work but still need the desire discipline to move forward and stay on target. As one part of my weight loss journey is over a new one begins along with all the fruits (no pun intended) that come with it.
Posted by Alex Hauck at 1:50 PM